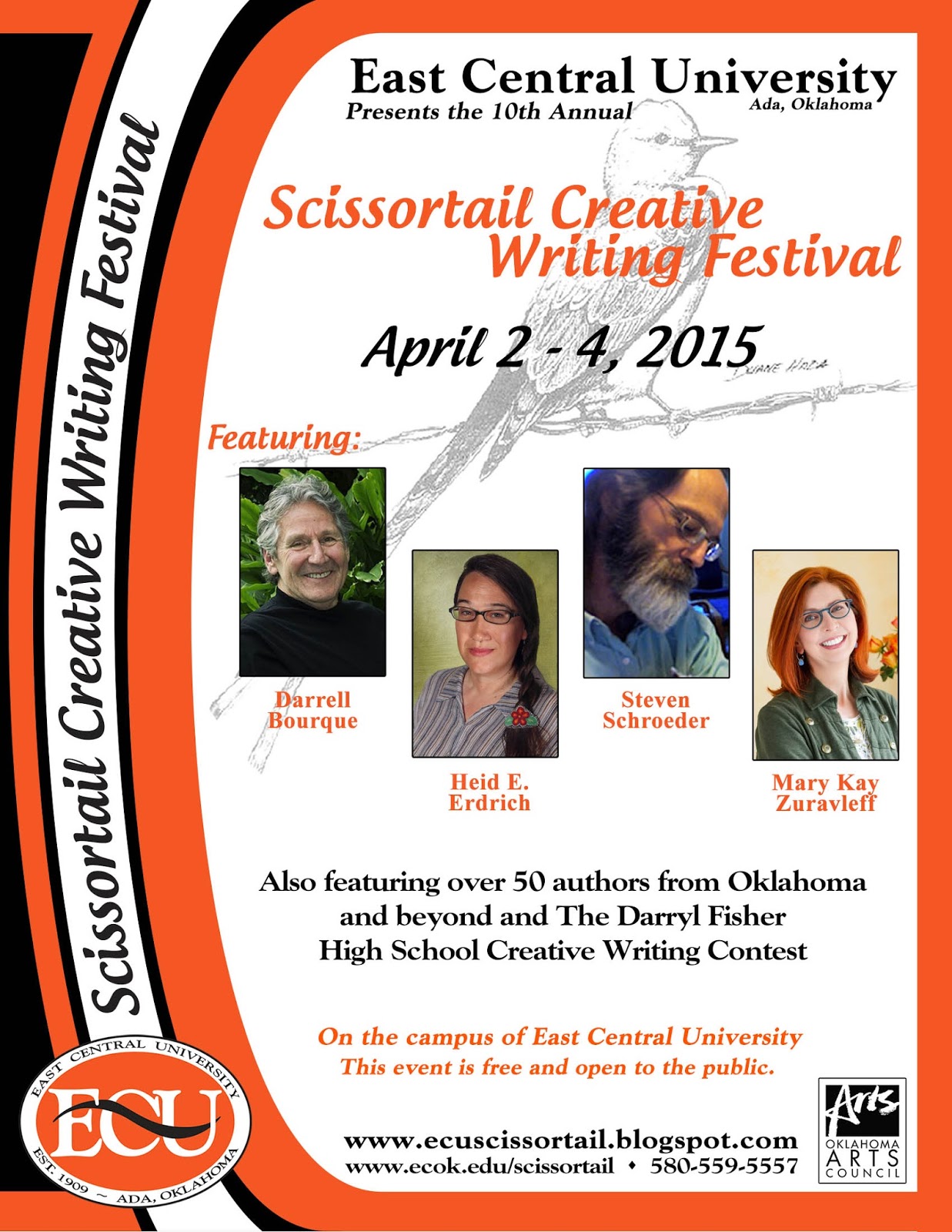 Dorothy Alexander is a poet, storyteller and editor/publisher of a small independent press. Author of four poetry collections, and a memoir in prose and poetry, Dorothy is a founding member of the Woody Guthrie Poetry Readings in Okemah, Oklahoma. Inspired by the agrarian literary tradition and the populist political movements in the rural United States. She embraces primarily the narrative form, what she calls “narcissistic” narrative, and “selfie” poetry. The Oklahoma Center for the Book selected Dorothy as recipient of the Carlile Distinguished Service Award for her services to the Oklahoma literary community in 2013.

Rilla Askew received a 2009 Arts and Letters Award from the American Academy of Arts and Letters. Her essays and short fiction have appeared in a variety of journals, and her story "The Killing Blanket" was selected for Prize Stories 1993: The O. Henry Awards. Askew's first novel, The Mercy Seat, was nominated for the PEN/Faulkner Award, the Dublin IMPAC Prize, was a Boston Globe Notable Book, and received the Oklahoma Book Award and the Western Heritage Award in 1998. Fire in Beulah, her novel about the Tulsa Race Riot, received the American Book Award and the Myers Book Award from the Gustavus Myers Center for the Study of Bigotry and Human Rights. She was a 2004 fellow at Civiella Ranieri in Umbertide, Italy, and in 2008 her novel Harpsong received the Oklahoma Book Award, the Western Heritage Award, the WILLA Award from Women Writing the West, and the Violet Crown Award from the Writers League of Texas. Askew received the 2011 Arrell Gibson Lifetime Achievement Award from the Oklahoma Center for the Book. Her latest novel is Kind of Kin (Ecco Press, 2013 and in the UK by Atlantic Books).

Paul Austin has acted and directed On and Off Broadway, Off-Off Broadway, summer stock, and regional theatres around the nation, as well as acting for television and film, including roles on West Wing, Law and Order, Cosby, and the films, Palookaville, Thirteen Conversations, Tune in Tomorrow, and Sommersby.  Among recent stage appearances were Neil's Bohr in Copenhagen, the title role in Krapp’s Last Tape, the Foreman in Vaclav Havel’s Audience and Late Night Conspiracies, a collection of his own writings at New York’s Ensemble Studio Theatre, where he is a long time member.  Mr. Austin has directed first productions of a number of new plays, including Percy Granger’s Eminent Domain at the Circle in the Square on Broadway. He has written for and about the theatre in essays, poetry, plays, and Spontaneous Behavior, a book on acting.  Dreaming Angel, was included in More Monologues for Men by Men and was also published as a prose poem in Newport Review. A poem, chet baker’s return, will be published by This Land Press. He was for many years the Artistic Director of The Image Theatre in New York, where he produced plays and taught acting.  In addition to teaching privately in NY, he has also taught at Rutgers University, the University of Oklahoma, the Oklahoma Summer Arts Institute and was a tenured faculty member at Sarah Lawrence College for twenty years. He recently received the Teachers who Make a Difference award from the Creative Coalition. Mr. Austin is currently Artistic Director of The Liberty Free Theatre in upstate New York.
Read more »
Posted by Steve Benton at 11:39 PM 9 comments:

(Music by Jonathan Isaacs begins at 6:30)

* All high school students (9th - 12th grade) are eligible.
* Poetry (up to 100 lines) or Short Fiction (up to 6,000 words) is acceptable.
* Limit 3 poems and 1 short fiction piece per student.
* All entries must be the original work of the student.
* All entries must be neatly typed; please double-space fiction entries.
* Entries will not be returned, so keep your originals.
* No identifying marks should be on the manuscript itself, except for the title.
* Provide cover page with contact information: 1) Student’s name; 2) Teacher’s name; 3) School 4) Classification 5) Phone number, Email and mailing address.
* Work may be submitted through conventional mail or email.

Winners will be notified in early March, and awards will be presented Saturday, April 2 at the Scissortail Writing Festival held on the East Central University campus, March 31 - April 2, 2016. A list of winners and winning entries may be posted on this website, which also has festival and contest history and previous award-winning Fisher contest entries.