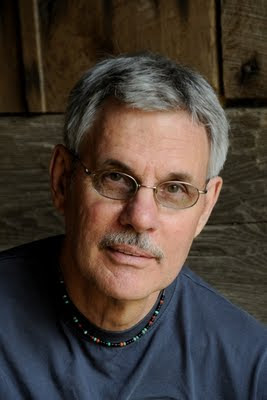 The annual Scissortail Creative Writing Festival is back for its seventh year with featured authors Norbert Krapf and Natasha Trethewey. In addition, more than 50 regional, published and emerging authors will make presentations during the three-day festival, April 5 – April 7, 2012 on the campus of East Central University in Ada, Oklahoma. All sessions are free and open to the public.

Norbert Krapf, emeritus professor of English at Long Island University and native of Jasper, a German community in southern Indiana hill country, moved to Indianapolis from the New York area in 2004 and since then has published five books and a CD with jazz pianist-composer Monika Herzig, Imagine. He also collaborates with bluesman Gordon Bonham, with whom he started working as part of the Hoosier Dylan show produced by folksinger and actor Tim Grimm. He serves on the board of Etheridge Knight, Inc., whose mission is to bring the arts to the underserved, and as Indiana Poet Laureate 2008-10 had a mission of reuniting poetry and song. In 2012 Indiana University Press will release his collaboration with photographer Richard Fields, Songs in Sepia and Black and White. Included is a section of 26 poems about music, “Practically with the Band.” He is the recipient of a recent Creative Renewal Fellowship from the Arts Council of Indianapolis to combine poetry and music, with an emphasis on the blues, and Garrison Keillor has read a poem of his on The Writer’s Almanac on NPR.

Other recent publications are Invisible Presence, with photographer Darryl Jones (IU Press, 2006), Bloodroot: Indiana Poems, with photographer David Pierini (IU Pr., 2008), and Sweet Sister Moon (WordTech Editions, 2009), celebrations of women, as well as the prose memoir The Ripest Moments: A Southern Indiana Childhood (Indiana Historical Society Press, 2008). He was awarded the Lucille Medwick Memorial Award by the Poetry Society of America, has twice served as a Senior Fulbright Professor of American Poetry at the Universities of Freiburg (1980-81) and Erlangen-Nuremberg (1988-89) Germany, and his The Country I Come From (Archer Books, 2002) was nominated for the Pulitzer Prize in Poetry. More info about him, including videos and audio files of his readings and recitations with musicians, is available at www.krapfpoetry.com and on Facebook. His books are available from www.amazon.com and directly from the publishers at http://www.iupress.indiana.edu/, http://www.wordtechweb.com/krapf.html, and http://www.timebeing.com/shop/authors/norbert-krapf. 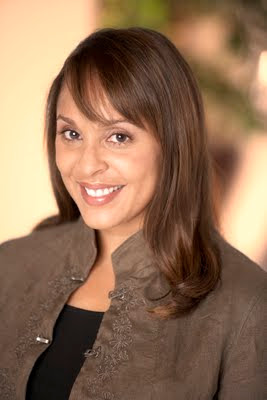 Natasha Trethewey was born in Gulfport, Mississippi, in 1966. She earned an M.A. in poetry from Hollins University and M.F.A. in poetry from the University of Massachusetts. Her first collection of poetry, Domestic Work (2000), was selected by Rita Dove as the winner of the inaugural Cave Canem Poetry Prize for the best first book by an African American poet and won both the 2001 Mississippi Institute of Arts and Letters Book Prize and the 2001 Lillian Smith Award for Poetry.

Since then, she has published two more collections of poetry, including Native Guard (Houghton Mifflin, 2006), which received the Pulitzer Prize for Poetry, and Bellocq's Ophelia (2002). Her work has appeared in Agni, The American Poetry Review, The Best American Poetry, Callaloo, Gettysburg Review, The Massachusetts Review, New England Review, North American Review, and The Southern Review, among other magazines and anthologies.

In her introduction to Domestic Work, Rita Dove said, "Trethewey eschews the Polaroid instant, choosing to render the unsuspecting yearnings and tremulous hopes that accompany our most private thoughts—reclaiming for us that interior life where the true self flourishes and to which we return, in solitary reverie, for strength."

Trethewey's honors include the Bunting Fellowship from the Radcliffe Institute for Advanced Study at Harvard and fellowships from the National Endowment for the Arts, the Guggenheim Foundation, and the Rockefeller Foundation. She is Professor of English at Emory University where she holds the Phillis Wheatley Distinguished Chair in Poetry.
Posted by Steve Benton at 11:00 AM 1 comment:

Guidelines:
* All Oklahoma high school students (9th - 12th grade) are eligible.
* Poetry (up to 100 lines) or Short Fiction (up to 6,000 words) is acceptable.
* Limit 5 poems and 1 short fiction piece per student.
* All entries must be the original work of the student.
* All entries must be neatly typed; please double-space fiction entries.
* Entries will not be returned, so keep your originals.
* No identifying marks should be on the manuscript itself, except for the title.
* Provide cover page with contact information: 1) Student’s name; 2) Teacher’s name 3) School 4) Classification 5) Phone number, email and mailing address.
* Work may be submitted through conventional mail or email.

Winners will be notified in early March, and awards will be presented at the Scissortail Writing Festival held on the East Central University campus, April 5, 2012. A list of winners and winning entries will be posted online at www.ecuscissortail.blogspot.com.