From the Director: Welcoming “Strange Angels” 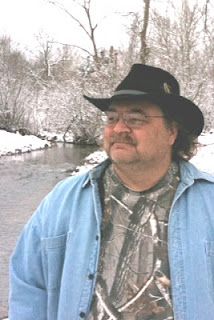 It’s nearly time for the 2013 edition of the Scissortail Creative Writing Festival. On behalf of ECU faculty, administration and students, I welcome you once again to a fascinating dance of words and personalities floating around an otherwise indifferent atmosphere. Perhaps the best thing about Scissortail is that those who attend want to be in attendance, and those who work the festival want to work it. My hope is that you will once again experience jouissance as we listen to each other read. How simple! To listen! To listen to reading of creative works. That is the essence of Scissortail.

This year we welcome 21 new voices to the program in addition to many returners and to those participating in the “Page One Literary Art Gallery.” So we anticipate the embodied spirit of creativity to fill us. The festival celebrates famous and not-yet-heard-of writers of many different styles, standing alongside one another remembering the joyful power that creativity makes possible. Let us set our stained egos aside and jump headfirst into the stream, joining fellow writers and members of the audience.

I’ve been enjoying Gregory Orr’s book, Poetry as Survival.  In one of his chapters, Orr alludes to a D.H. Lawrence poem, reflecting on the last five lines:  “What is the knocking? / What is the knocking at the door in the night? / It is somebody wants to do us harm. / No, no, it is the three strange angels. / Admit them, admit them.” I won’t repeat or paraphrase Orr’s smart reflection, but I think any of us who attempt the séance of language know something of the paradox of welcoming that which, at first, may be unfamiliar or even frightening. Writers know that this happens in solitude much of the time, but perhaps for three days in April we all gather and together, openly “admit them.” 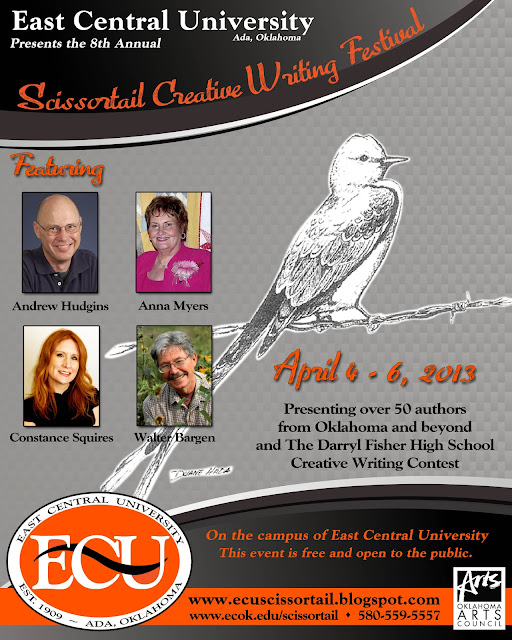 Posted by Steve Benton at 8:41 AM No comments:

Dorothy Alexander, author of four poetry collections including Lessons From an Oklahoma Girlhood, a collection of art and poetry, is the facilitator of poetry readings at the annual Woody Guthrie Folk Festival in Okemah, Oklahoma, and a monthly poetry reading called First Sunday Poetry at Beans & Leaves Café in Oklahoma City. She is owns Village Books Press, Cheyenne, Oklahoma.

Rilla Askew received a 2009 Arts and Letters Award from the American Academy of Arts and Letters. A native Oklahoman, Askew is the author of four novels and a book of stories. Her essays and short fiction have been published in a variety of venues, including World Literature Today, Nimrod International Journal of Prose and Poetry, and Prize Stories: The O. Henry Awards.  Her novel Fire in Beulah was the 2007 selection for Oklahoma Reads Oklahoma. A PEN/Faulkner Finalist and two-time recipient of the Western Heritage Award, Askew is member of the Oklahoma Writers Hall of Fame, has received three Oklahoma Book Awards, and the Arrell Gibson Lifetime Achievement Award from the Oklahoma Center for the Book.

The eighth annual Scissortail Creative Writing Festival, featuring Andrew Hudgins, Constance Squires, Anna Myers and Walter Bargen in addition to more than 50 published authors from Oklahoma and beyond, will be held April 4 - 6, 2013, on the campus of East Central University in Ada, Oklahoma. All sessions are free and open to the public. 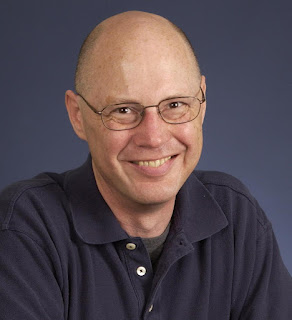 Hudgins' poetry is known for its dark humor, formal control and adept handling of voice. His latest book, American Rendering: New and Selected Poems, was released in 2010. Other volumes of poetry include; Ecstatic in the Poison; Babylon in a Jar; The Glass Hammer: A Southern Childhood; The Never-Ending: New Narrative, which received the Poetry Prize and Saints and Strangers, which was a finalist for the Pulitzer Prize. Hudgins is also the author of a book of essays, The Glass Anvil.

Hudgins’ awards and honors include the Witter Bynner Award for Poetry, the Hanes Poetry Prize, and fellowships from the Bread Loaf Writers’ Conference, the Ingram Merrill Foundation and the National Endowment for the Arts. Hudgins has taught at Baylor University and University of Cincinnati. He currently teaches at Ohio State University. 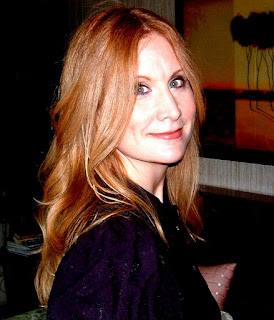 Constance Squires is a native Oklahoman who lives in Edmond and teaches in the MFA program in creative writing at the University of Central Oklahoma. She earned her Ph.D. from Oklahoma State University in 2005, where she taught creative writing, literature and composition. She also served as editor of the international literary magazine the Cimarron Review from 2003 to 2005.

Her new novel, Along the Watchtower, offers a glimpse into the experiences of an American military family during the end of the Cold War. Squires’s fiction has appeared in The Atlantic Monthly, The Dublin Quarterly, Identity Theory, New Delta Review, The Gingko Tree Review, Bayou and The Arkansas Review to name a few.

Squires won the 2012 Oklahoma Book Award for Fiction. She has been nominated three times for the Pushcart Prize and twice nominated for Best New American Voices. In 2007, she was awarded the Matt Clark Prize for Fiction by the New Delta Review, the 2004 Bob Shacochis Award for the Short Story and The Briar Cliff Review 2004 Fiction Award. 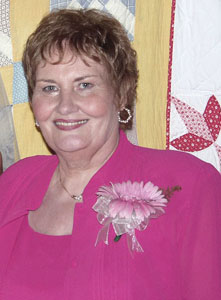 Anna Myers is the author of numerous works of historical fiction for middle-grade readers, many of which are set in her native Oklahoma.

Myers’s first novel, Red Dirt Jessie, is set during the Great Depression and deals with a family trying to cope with the loss of a child, in addition to the difficulties of keeping the family farm operation.

Her second novel, Spotting the Leopard¸ picks ups with the same characters six years later. Jessie, the main character, is faced with finding the funds to go to college to become a veterinarian, all the while caring for an escaped leopard.

Myers’s other novels include Ethan Between Us, a teen romance set in Oklahoma in 1963; Tulsa Burning, takes place against the background of the Tulsa race riot of 1921; and Hoggee, which takes place in the 1830s along the Erie Canal. 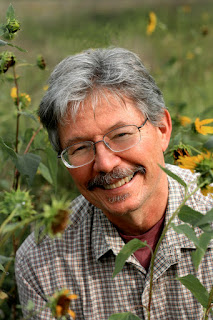 Walter Bargen has published 14 books and two chapbooks of poems. His works of poetry and fiction have appeared in over one hundred magazines, including American Literary Review, Denver Quarterly, International Quarterly and the Notre Dame Review. Bargen’s most recent works include Theban Traffic, Days Like This Are Necessary: New & Selected Poems and Endearing Rains/Liebenswerte Ruinen.

Born at Fort Bragg, North Carolina, Bargen lived at many different places growing up due to his father’s military career. He has lived outside Ashland, Missouri since he graduated from the University of Missouri-Columbia with a BA in philosophy. He later earned a M.Ed. in English education from the same institution.

In January 2008, Bargen was appointed as the first Poet Laureate of Missouri. He is the recipient of a National Endowment for the Arts poetry fellowship, winner of the Quarter After Eight Prose Prize, the Hanks Prize, the Chester H. Jones Foundation poetry prize and the William Rockhill Nelson Award.

The Scissortail Creative Writing Festival runs from 9 a.m. to 8 p.m. on Thursday and Friday, and from 8 a.m. to noon on Saturday. Each day is broken into several sessions. A complete schedule of readers will be posted on this website.


Posted by Steve Benton at 8:38 AM No comments: